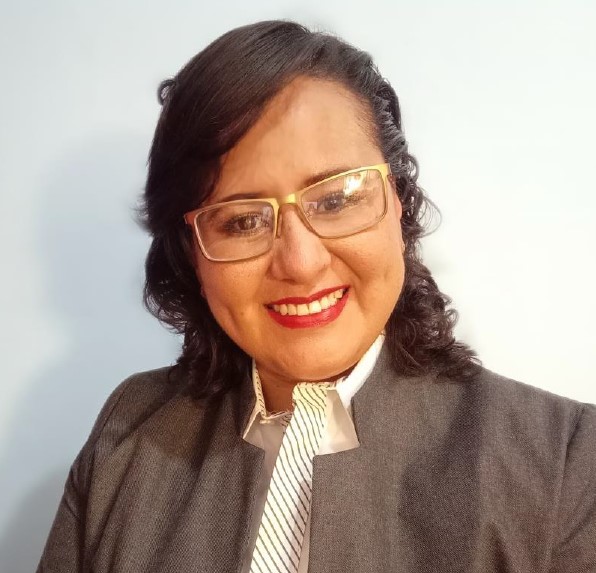 Degree in Psychology with Humanistic approach by the University Guadalajara Lamar Diploma in Criminalistics by the Center for Studies Jalisco. International Certification as a Covid Psychologist by the Eleida University of Madrid, Spain. Active member of the Bioethics and Transplant Committee of the Hospital Angeles del Carmen in Jalisco.He has been a speaker on topics of Sexual Violence in SYDISAS AC, y DIF Jaliscoas a preventive measure in the family system. 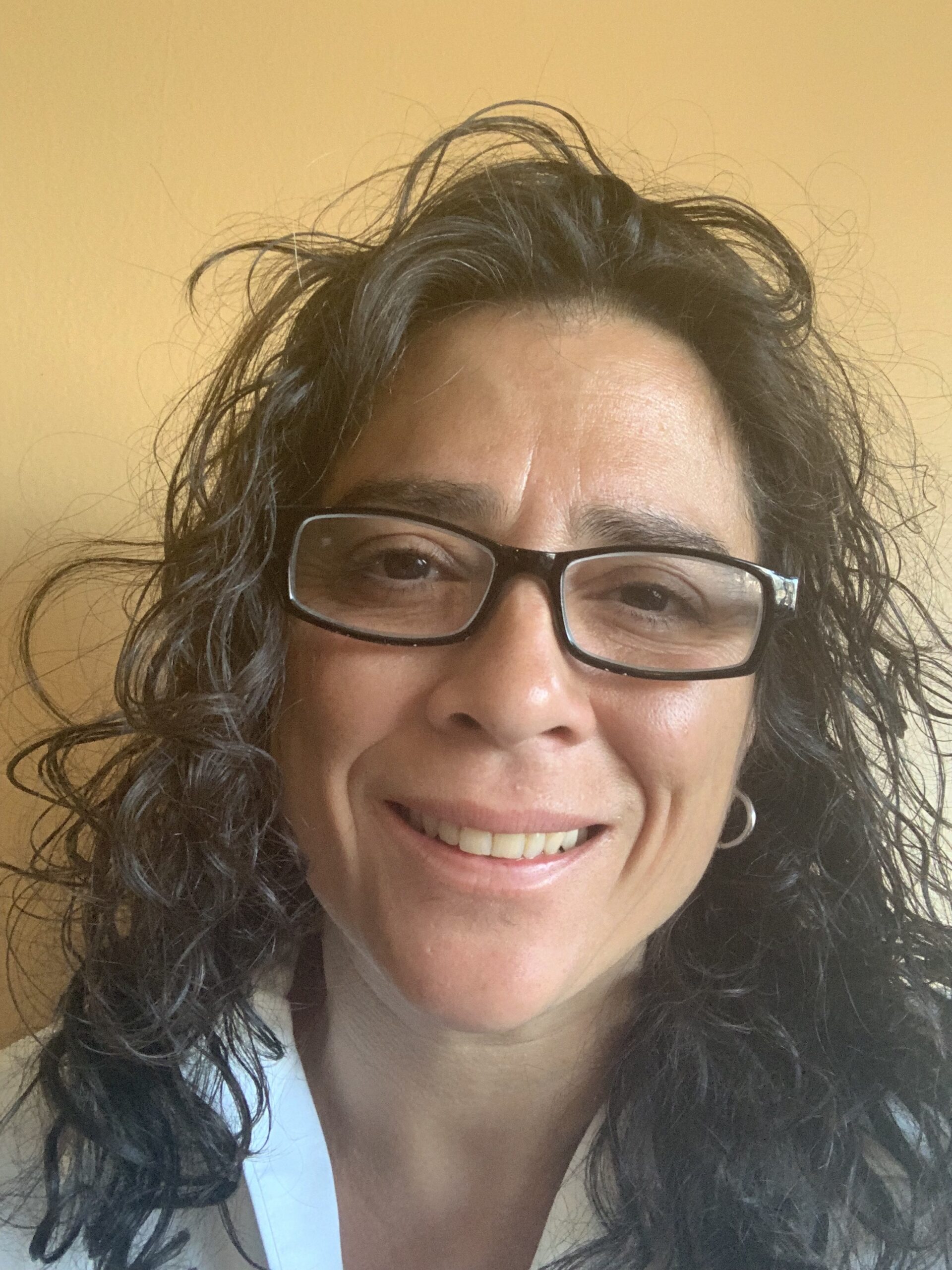 Theme: Latinx Diaspora: Towards a narrative and practical empowerment of our health 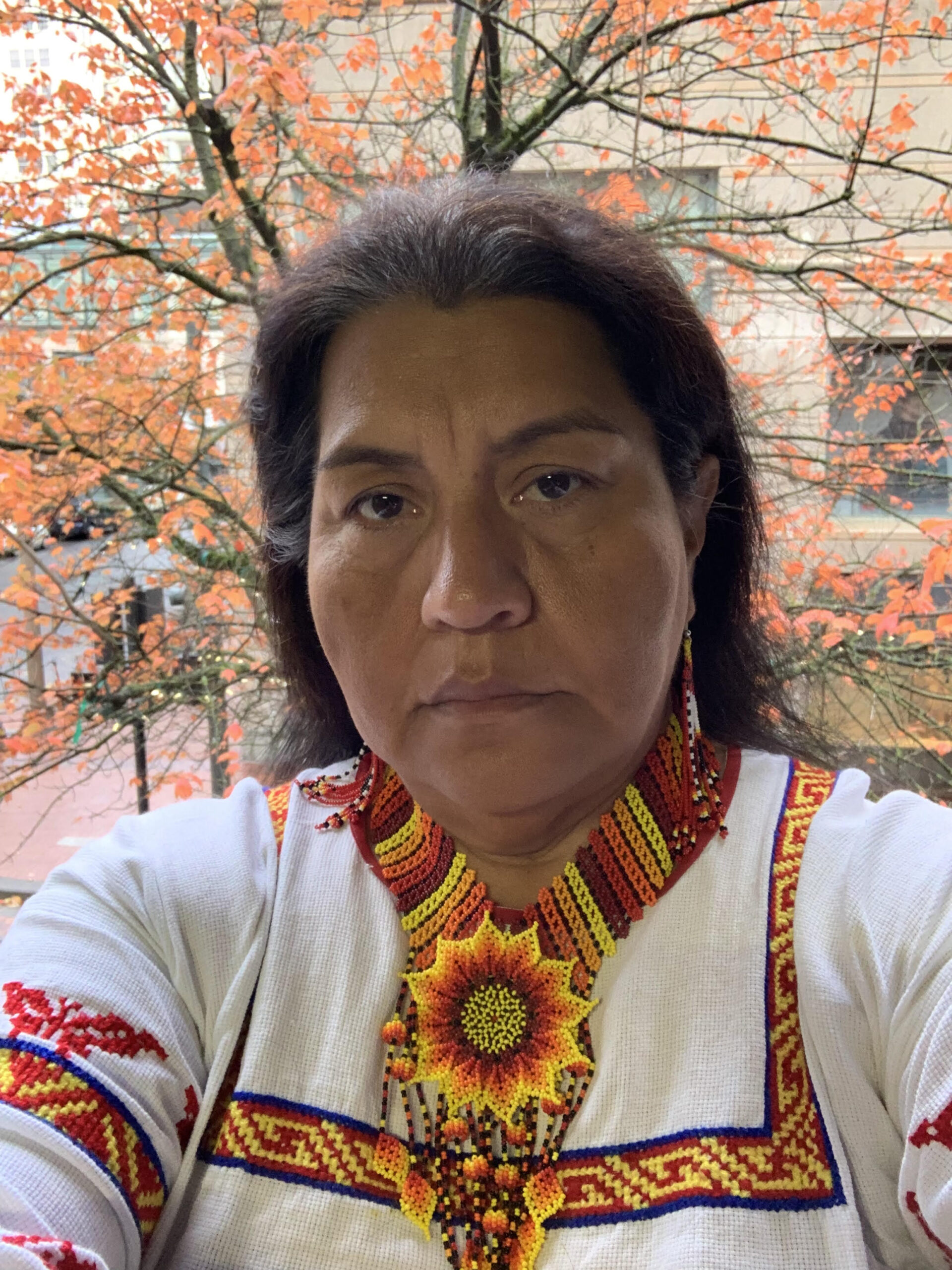 Topic: How to work with Indigenous communities

Marcela Alcantar Ne'neutiteva Kiekari Wiya Tukarima. My name is the Union of the People-
El anochecer. I am a Huachichitl - Wiraxika indigenous woman. My mother became a single parent at age 14 and worked on a working farm for most of her life. My ancestors were miners and many of them and their children died from respiratory problems due to the fumes and gases at Monte Caldera, San Luis Potosi, Mexico.
Ms. Alcantar holds a B.S. in Engineering from the University of Colorado at Denver. She has over 25 years of extensive project management experience; including technical design, operations, budgeting, scheduling and quality control; design of roadways, bikeways and pedestrian facilities, storm water facilities, sanitary sewer systems, water lines, site development and hydraulics.

Marcial Carrillo Medina, survivors of the spiritual conquest and extermination, the Huichol people re-present the sediment of the purest indigenous race. We are custodians of traditions regarding our origins, which we have managed to preserve over the centuries.
We maintain strong ties of connection with our natural surroundings, which serve to put us in contact with our ancestors. Marcial was born in Paso de Alica, in the municipality of Nayar, Nayarit, Mexico, on November 23,
1993:

From 2001 to 2007 I attended elementary school at the Emiliano Zapata Paso de Alica school.

From 2007 to 2010 I attended high school in Tepic Nayarit at the Lázaro Cárdenas del Rio High School.

From 2010 to 2013 I attended high school in Santiago de Pochotitan, at the Samuel Montoya Herrera School.

From 2013 to 2016 I attended university in Tepic, Nayarit at the Instituto Universitario Metropolitano, as a General Nursing Technician.

He did his social service for one year in the municipality of Tepic, in the indigenous community of Colorado de la Mora, in the Nayarit Health Service of the Ministry of Health.

From 2016 to 2019 I am pursuing a Bachelor's Degree in Nursing at the University in Tepic Nayarit at the Instituto Universitario Metropolitano.

In 2018-2019 I am working on a contract basis at the Secretaria de Servicio de Salud de Nayarit, in the Sierra Mesa Huicholes. 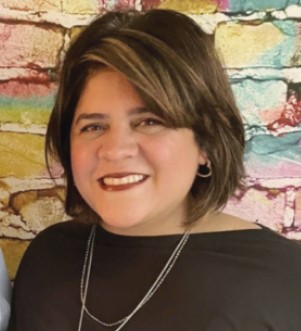 Laura Paz is a Honduran who migrated to the United States to complete her degree in Psychology. She has worked in the field of addiction and HIV prevention with the Multnomah County Health Department for over 12 years. 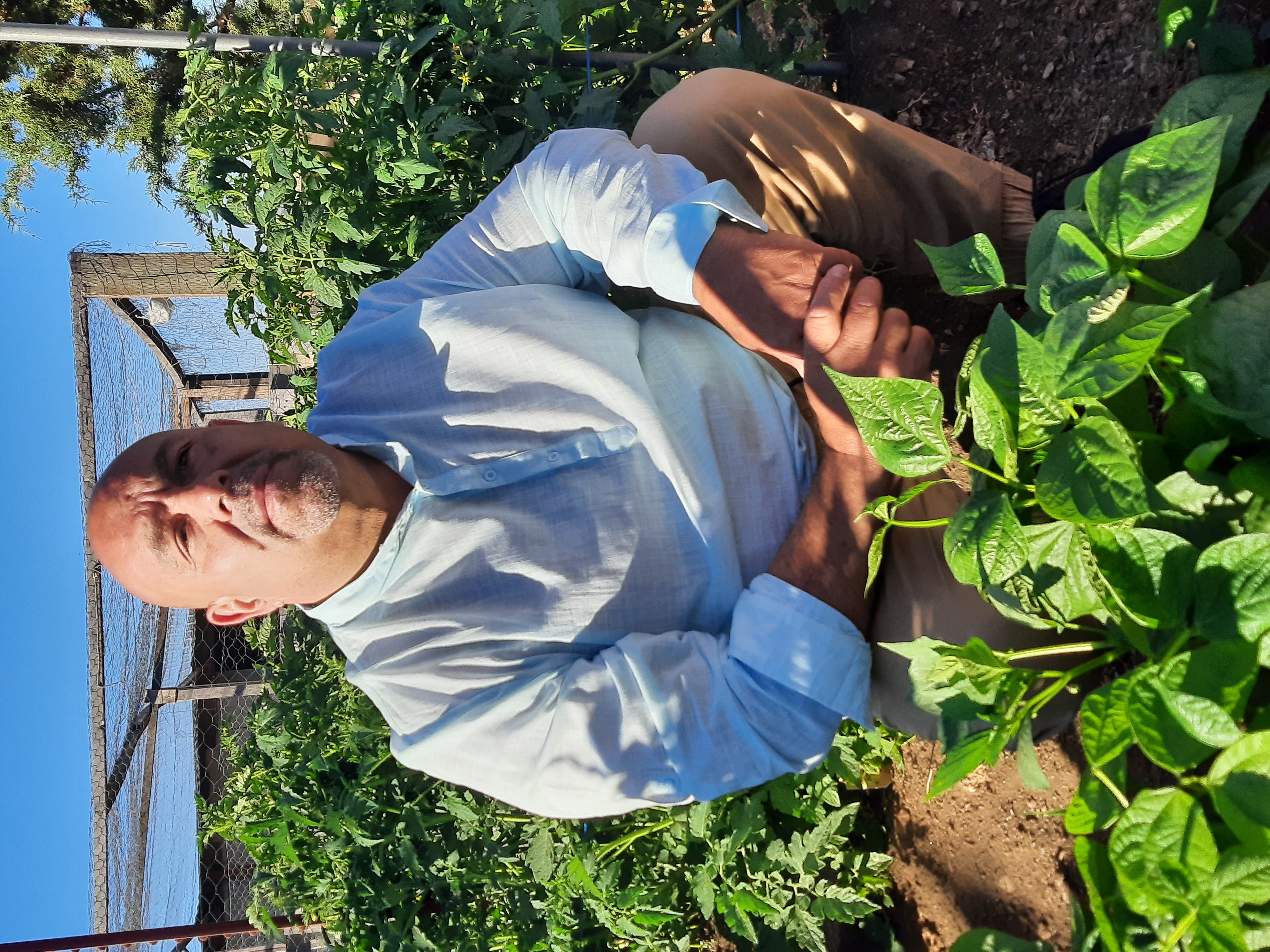 Topic: Breaking the stigma among Mexican shelters and what is working at the moment in the Madras residential facility

Born in the mountains of Coalcoman, Michoacan, Mexico, he was brought to the United States in 1980. He considers himself a survivor and having triumphed against gangs and narco-trafficking. In 1987 he was the first in his family to graduate from high school and completed a counseling program in 1993. He gave his first speech about his triumphs at the 1993 NAIDA conference in Washington DC. In 2005, she fulfilled one of her dreams of founding a culturally specific program, which was named Estaciones Counseling, Inc. As fate would have it, she was working in a hostel in Villa de Alvarez, Colima. In 7/2010, he returned from Mexico, to start again, working in the air conditioning industry. He soon followed his career as a counselor, for the last 9 years he was the clinical supervisor of Latino services at Bestcare's residential Latino Services, and currently serves as the program director. He enjoys challenges, and advocating for his Latino people. Favorite quote: You are the sculptor of your appearance, the architect of your life and the writer of your sonography. 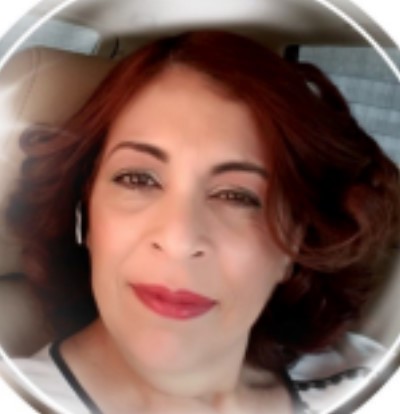 Vivian was born and raised in Puerto Rico and moved to Massachusetts 35 years ago. She graduated from Sacred Heart University in Santurce, PR with a Bachelor's degree in Social Work, a Minor in Advanced Clinical Psychology and a 2nd Minor in Medical Sciences. After a long career as a mental health, trauma and addiction counselor/program director, she left her role as a provider to become a Certified Peer Specialist in the state of Massachusetts; a certified older adult peer specialist, an advanced level WRAP® Seminar III national WRAP® Facilitator, Recovery Coach and Listening Voices Support Group facilitator. For the past 16 years she has used her lived experience and bilingual (Spanish-English) skills to provide "peer support" to individuals with various recovery challenges to find "Wellness within their Recovery". For the past 12 years she has been Providing recovery and wellness educational initiatives for self-empowerment to members of hard to reach community groups. Since 2012, Vivian has been delivering the WRAP® I seminar, nationwide, with a special Emphasis on 'Spanish only' speakers. She currently designs, edits and delivers wellness/recovery skills development trainings for community members in recovery, as well as for staff already active in supporting the workforce at the state and national level. She had recently completed a full Spanish translation edition of the international WRAP® book in Spanish and the Intentional Peer Support book. His most recent accomplishment has been becoming the Multicultural and Support Services Coordinator for the Copeland Center for Wellness and Recovery. One of the Wellness tools Vivian discovered 9 years ago is "humor" and it is her key to supporting her ongoing process to maintain wellness within her recovery. 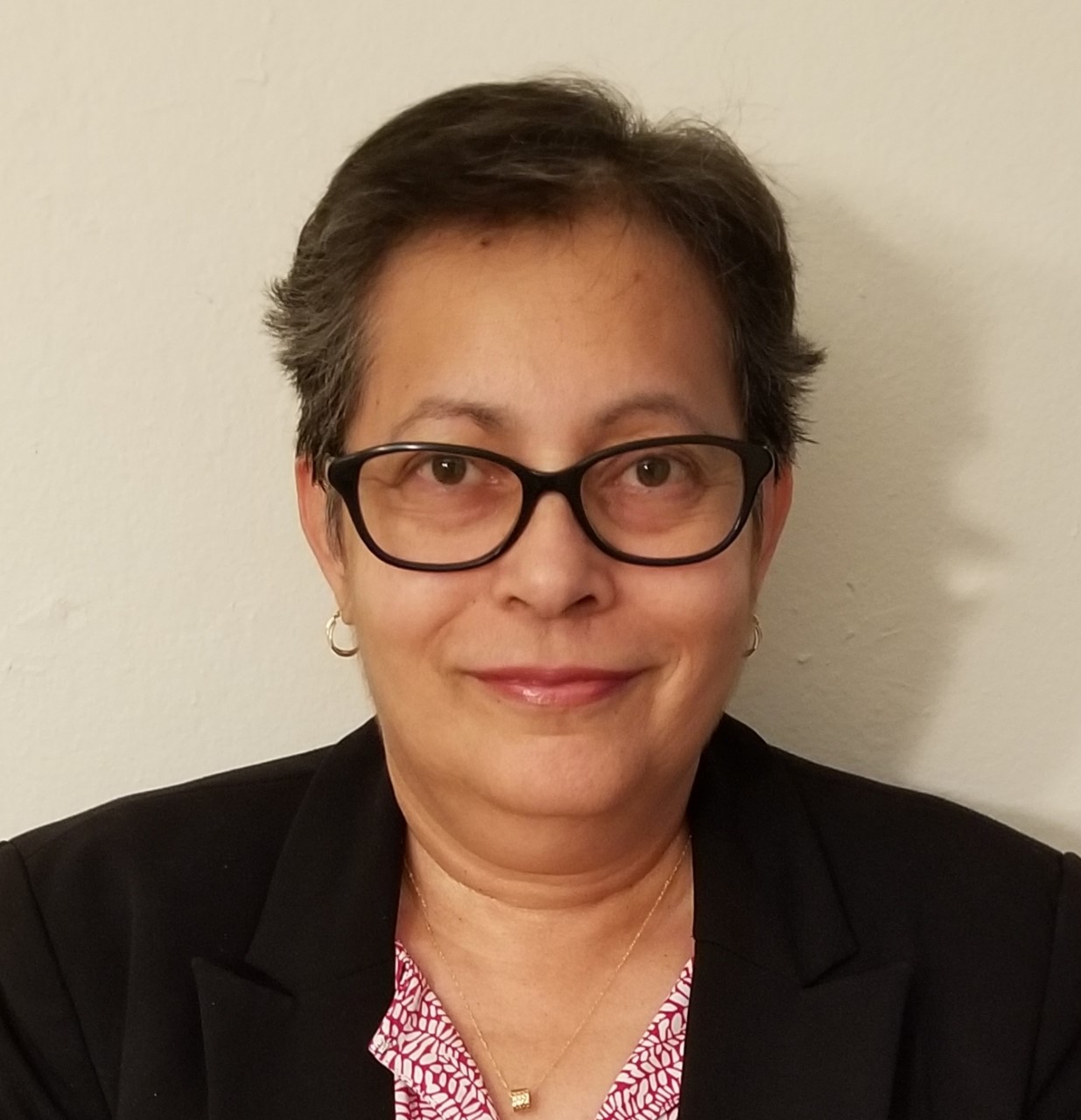 Theme: Transtheoretical Model of Change: A model for the treatment of substance use disorders.

Dr. Angelita Colón Ortiz holds a Bachelor of Science with a concentration in Psychology from the Catholic University of Puerto Rico, Ponce Campus; a Master's Degree in Industrial and Organizational Psychology from the University of Puerto Rico and a Doctorate in Clinical Psychology from Carlos Albizu University in San Juan, Puerto Rico. She has worked as a Psychologist for over 20 years
at La Fondita de Jesús, a non-profit organization that provides services to homeless people with mental health problems and a history of problematic substance use.
At the Institute for Research, Education and Services in Addiction of the University of Central Caribbean, School of Medicine, she participated in Proyecto Mujer, which was aimed at offering services to women with a history of problematic substance use. She has participated in other projects of this institution; she offers trainings on various topics such as Motivational Interviewing and others; she has written modules on Motivational Interviewing and the Transtheoretical Model of Change. She is currently involved in coaching the implementation of the Motivational Interviewing approach. 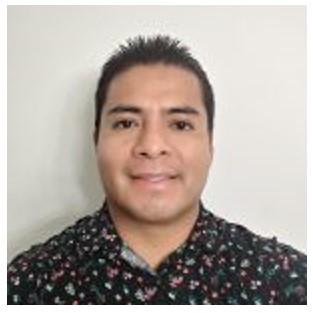 Cipriano Juarez Martinez, born in Mexico, moved to USA in 1988, first generation going to college. Cipriano Juarez is CADC-I, CGAC-II is the Lead Counselor of the Spanish LDS program since 2019 & PGS program since 2020 programs at Solutions Group NW. He holds a Bachelor's degree in Humanities.
Development and Family Sciences and Minor in Psychology from Oregon State University. I completed my addictions program of study through Central Oregon Community College. I worked in Bestcare Latino program from 2009 to 2016. Worked at Lifeworks NW Spanish DUII program from 2017-2018.
Worked at Lewis & Clark as a Latino problem gambling counselor from 2018-2019.
"I want to provide the best services to individuals, couples and families to help them break the addiction trap with compassion, understanding and equipping them with possibilities to increase their hopes and find their path in life. When I am not in the office, I enjoy attending a variety of Catholic events. Church services and to do a variety of indoor and outdoor activities." 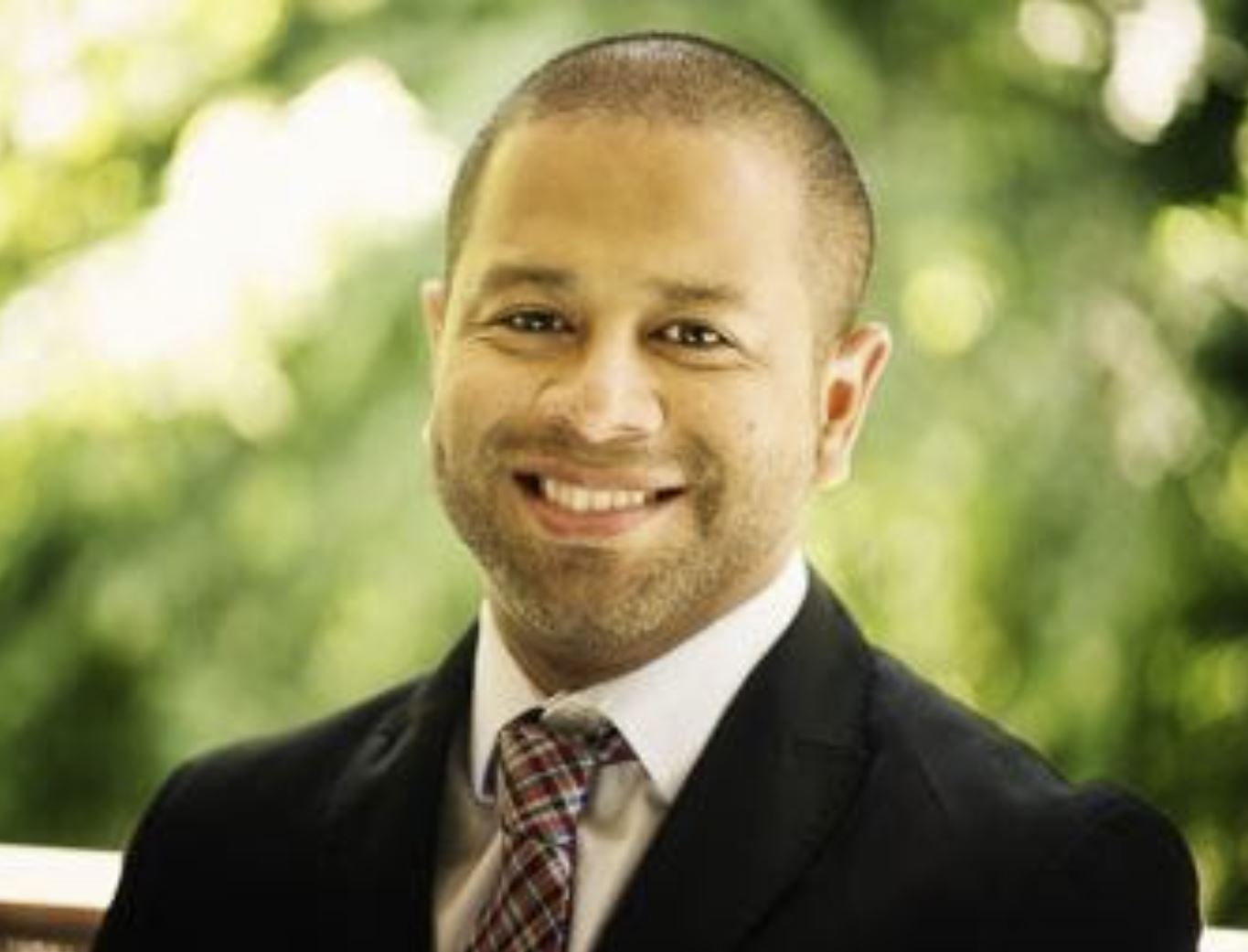 Daniel Garcia was born and raised in Barranquilla, Colombia. He came to the United States in the summer of 1992 to pursue the professional dreams he was unable to achieve in his home country due to the political and economic situation at the time. Daniel has a master's degree in social work from Florida International University and has been in the field for over 20 years. For the first eight years of his career, Daniel dedicated his passion to clinical care, research, prevention, education and case management for people affected by HIV. Almost immediately after his arrival in Oregon in 2008, and for the next thirteen years, Daniel held a position as Director of Latino Services with Central City Concern in the City of Portland. His major responsibility was overseeing the Puentes program, which provides services to Latinos in the areas of substance use and mental health. Daniel recently joined the Oregon Health Authority (OHA) where he has been supporting several statewide initiatives by providing an equity lens on various projects and collaborating on the state's strategic plan to eliminate health inequities by 2030. Finally, for almost six years, until last spring, Daniel was an adjunct professor at Portland State University's School of Social Work. In his spare time, Daniel loves to revitalize at the gym, attend contemporary dance performances, spend quality time with friends, or simply enjoy some alone time for reflection and self-care. 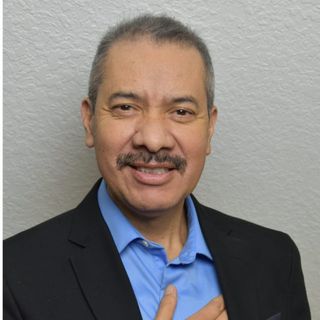 MC of the conference

25 years of Radio experience in the Oregon and Southern Washington area, one of the pioneers in radio in the Portland area and has always supported the community through his
Facebook page. Nelson Zepeda's New Radio